Among all the products that we offer here at Race Concepts, we seem to get the highest number of questions about coilover suspension systems. The first and most frequently asked question is always about ride height. Then it goes to ride comfort, stability at higher speeds and so on. So, we thought we’d write a quick blog about suspension systems to address, and hopefully answer these questions.

The alternatives are make-shift solutions 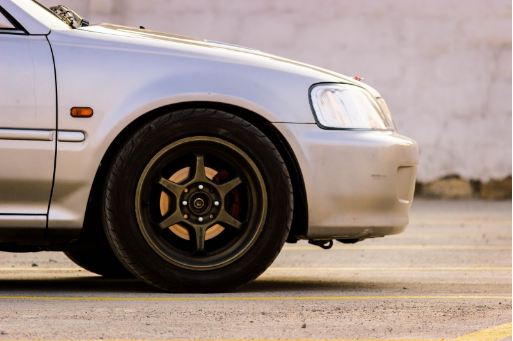 It is crucial to understand that stance is not everything. Handling is also an important parameter, and when ignored, it can be upsetting and dangerous.

Let’s set the record straight right now. A lowered ride height is a bi-product of a quality suspension system, and not the primary purpose of it. Typically, to lower the ride height, car owners change the springs on their stock suspension system, but hang on to the same damper. This results in a suspension setup that is highly prone to failure, simply because that sort of spring-damper pairing simply isn’t designed to work together. Stock dampers are designed to only travel within a certain range. Lowering it beyond its working stroke will make the damper bottom out easily, thus resulting in an unpleasant ride.

So essentially, this method of lowering the ride height leads to poor ride quality, reduced damper life and also poor damper control. In other words, the suspension maintains a lower ride height, but fails to do its actual job. 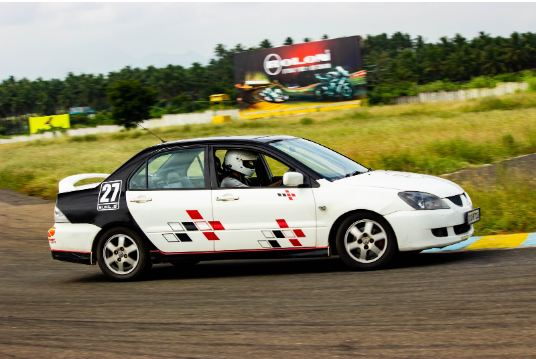 To get an adequately lowered ride height as well as much better handling, the most popular solution the world over is to install a ‘coil over shock absorber’ type of system or, coilovers for short. A coilover suspension system consists of a heavy duty spring coiled over an equally robust damper. In this case, the spring and damper are designed in tandem, to work with each other and offer the best ride comfort as well as a lowered ride height. Since the working length of the damper is meant to work with a lowered ride height, it does not compromise on overall suspension performance.

However, the benefits of having a coilover suspension doesn’t just end at the ride height. You will notice an instant improvement in the handling and ride quality of the car. Typically, the car feels a lot more planted and gives you the ability to make razor sharp movements, even at higher speeds. Since the suspension is completely tuneable, you can find the perfect balance of firm and soft feel in the same car.

What’s more? Unlike OEM dampers which are usually built to cost, coilovers are made with highly durable materials, making them heavy-duty too. Not only are they incredibly durable, the dampers are no longer use-and-throw: they can be serviced. So even if the initial expense of installing a new set of coilovers on your car is relatively high, the cost of running the car is significantly lower. 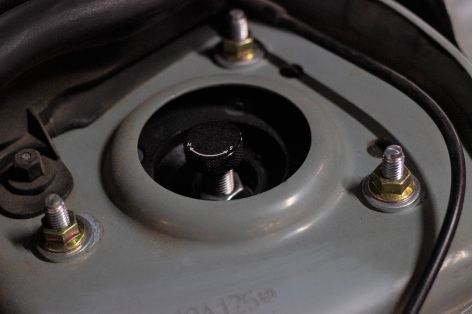 To paraphrase, the whole point of having a suspension is to get the tyres to be in contact with the ground as much as possible, because your car can only do the amazing things that it’s capable of when the tyres are in contact with the surface. So, before you even think about what type of coilover system you want to install in your car, figure out what kind of driving you will be doing. Are you a city slicker, highway cruiser or occasional trackday junkie?

These are the sort of questions that will inform your choice. The customizability that coilover suspension systems offer can get overwhelming. There are multiple areas of improving your handling such as:

Another factor to consider for city sleepers is progressive rate springs in the coilover. A progressive rate spring is basically a spring whose spring rate is variable through the length of the damper. Such springs are much more streetable because they contribute significantly to the roll control of the vehicle, giving you much better handling on tighter city roads. Further improving overall braking stability and reducing braking distance too. So in other words, makes your car safer overall.

To sum up, it is definitely an attractive proposition to lower your car by just changing the springs on your stock suspension. However, it is a much wiser and cost-effective decision in the long run, to invest in a coilover suspension system that is designed for both lower ride heights and higher ride control.

The coilovers that we use here at Race Concepts are a result of over a decade’s worth of R&D on the race track. Fill in our enquiry form and get a quote for your car.

The recently released movie, Ford vs Ferrari or Le Mans ’66 as it’s known in Europe, has been creating a buzz among auto enthusiasts and casual motorists alike. And despite the thrills and spills explored in the movie while telling the compelling tale of how Ford decided to conquer Le Mans, there was actually a very corporate reason at the heart of Ford’s actions, and it wasn’t Ford’s enthusiasm for racing. It was their enthusiasm to sell cars.

In fact, since time immemorial, motorsport, and touring car racing in particular, has been the go-to method of marketing an automotive brand. Just take a look at how the landscape of the British Touring Car Championship changed in the 60s. The racing series went from being dominated by Mini Coopers to becoming a hotbed for competition between Ford and Mini. Why did this happen? This happened because it was a no-brainer for General Motors to market the shiny new Ford Cortina by pitting it against the most popular cars in Britain and beating them on the race track.

There was simply no better way of marketing their brand.

This hasn’t changed all that much since then. One visit to a touring car racing series in Europe and you will see that customers are able to watch the race and then buy the car that won, at the track itself.

There is a very specific reason for this type of marketing: The ethos of a touring car racing series is the use of cars that are available to everyone. It is a way of showing customers and enthusiasts the true potential of the cars they are buying, and when you consider the slowdown of the automotive sector, leveraging motorsport to market an automotive brand is proving to be as effective as ever.

To further understand how racing and business are interrelated, let us look at a more recent example, here in India. When Volkswagen launched in India, there was a whole lot of gaggle about the advertising campaign that launched their mainstays: the Beetle, the Polo and the Vento. A few years after they’d launched, the advertising campaigns were limited to their bigger flagships, and to market their more economical customer cars, they used motorsport.

India saw the likes of the Polo cup, the Vento cup and the Ameo cup. Volkswagen soon became a major player in all forms of racing across the nation. Polos proved to be incredibly popular in the Rallying format and Ventos had expanded beyond being a ‘cup car’ and had entered the Indian Touring Car Championship, the very top level of Touring Car racing in India.

This made sense, not just when it came to amping up the appeal of the car, but also when it came to marketing the car itself. Volkswagen perhaps realized that the cost of running a racing series was comparable, if not lesser than running a major ad campaign across traditional media formats, but that’s not all. It also presented them with an opportunity to consistently generate a unique vein of content and a way to engage their customers and potential clients.

This leads us to an important realization: that investing marketing monies in racing is worthwhile simply because it appeals to the right audience, and also helps create marketing material that is wildly different from the competition. It seems to have worked too, with sales of VW cars going up by 4% in September 2019 alone.

So how would a manufacturer go about building a race car?

The answer is simple. They don’t. One look any Rallying grid or Touring Car series will tell you that while manufacturers provide support, not all of them take on the hassle of building the race car themselves. This task is delegated to a dedicated racing team. This is true with how the Ford Cortinas were built by Lotus in the 60s and is true today with how all the VW Polos you see in Indian rallying are tuned by privateers.

This type of relationship is still in a nascent stage in India, with Mahindra and Volkswagen being one of the few manufacturers to see value in using motorsport to market their brand on the rally circuit, but the trend is catching on in touring car racing.

So how do you choose the right privateer to partner with?

A good way of understanding which privateer is the right one to back is to see if they’ve had success against a factory-backed team. Why so? Because, when a private team goes up against a factory team, it is a David and Goliath battle. The funds that go behind the racing programs, the manpower and the depth of the parts bin are worlds apart when you compare a factory team to a privateer. So, when a private team outperforms a factory racing team, it is a measure of their mettle.

To sum up, from the very beginning of the sport, touring car racing has always been a way for manufacturers to create awareness and marketing material for their brands. However, the role of a manufacturer in racing goes far beyond that. A manufacturer’s involvement isn’t just a way to uniquely market the brand to an exceedingly relevant audience. It is also perhaps the only way that the entire motorsport ecosystem, including drivers, teams, stewards, organizers and of course, the manufacturers themselves can grow and become a part of something much bigger.

Race Concepts is a leading racing team in India that competes across all formats of the sport. The team currently holds the lap record in all major circuits in the country and also has what could well be the world’s fastest FWD 1.5l SOHC Honda City in the world in its stable.